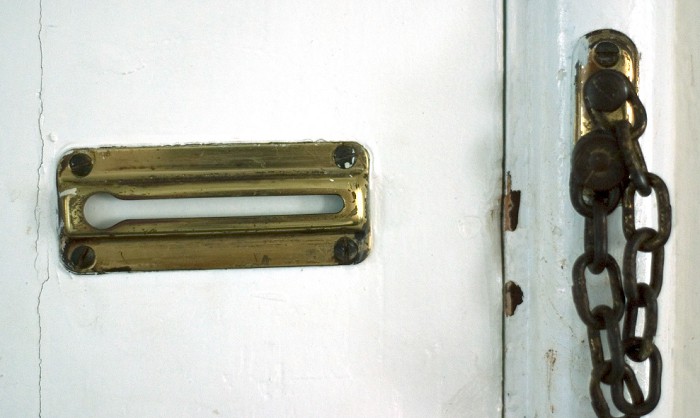 Burglary excluding, knowing how to open a chain lock from the outside is helpful when a locksmith is absent, and there’s an urgent need to enter a house or when you just forgot the key.

Assuming you also don’t have a kid or someone whose hand can fit through the door and maneuver to unlock door latch from outside, there’s an efficient way to solve the problem using household items.

The chain lock, after all, is a secondary security option that can be easily unlocked. With enough practice, knowing this trick will be helpful in many ways.

Step-by-step to Open a Chain Lock From the Outside

Obviously, unlocking a chain lock only works when the main lock of the door is undone. Also, you should use a sturdy string so you can easily unlock chain lock from outside.

Prepare a yarn, ribbon, thread, dental floss, thin rope, or any other string long enough that you can pull it from the top of the door when its end is attached to the chain lock. Imagine pulling up a bucket from a well.

After having the right measure of the string, make a loop on its end. Like a lasso, tighten it as it will be the key to detaching the chain lock from its slider.

Step 3: Attach the string to the lock 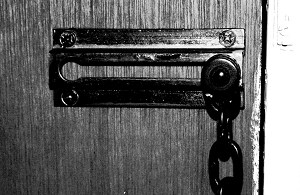 When the looped end of the string is already fixed on the chain lock, place it atop the door. Close the door and from the other end, pull the string by following the slider’s direction, thereby unlocking it.

Using a rubber is one of the most common ways to undo a chain lock, especially when you want to open hotel door latch.

Open the door and loop the rubber band on the end of the chain lock. Make sure to use a sturdy rubber band so it won’t easily break off when pulled.

Step 2: Attach the rubber band to the door handle

When the rubber band is already fixed on the end of the chain lock, loop its other end on the door handle, which is usually located just below the slider.

Once the rubber band is looped on the door handle, it will automatically pull the chain until it’s unlocked. The elasticity of the rubber makes it easier to slide the chain especially since the handle serves as the pulling force. 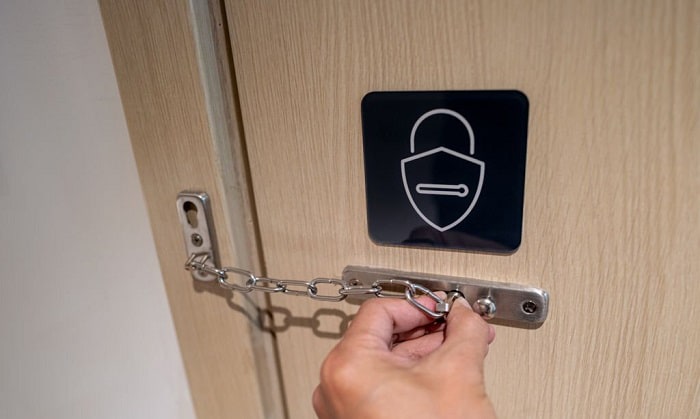 A rubber band can also be used to open a slide lock from outside your home. A tape is needed for this trick.

Open the door and loop the rubber on the middle part or end of the chain lock. Make sure to use a sturdy rubber band and tighten it on the chain.

Put adhesive tape on the rubber band. Afterward, put the taped rubber a couple of inches above the slider. Add tape if you must to ensure that it won’t easily fall off.

Do not put the taped rubber parallel to the slider as doing so will not let the chain fall off.

When you close the door, the rubber will serve as a pulling force that will undo the pick chain lock. This is made possible by its position above the slider. Putting it in any other position will not do the trick.

Open a Swing Bar Lock From the Outside 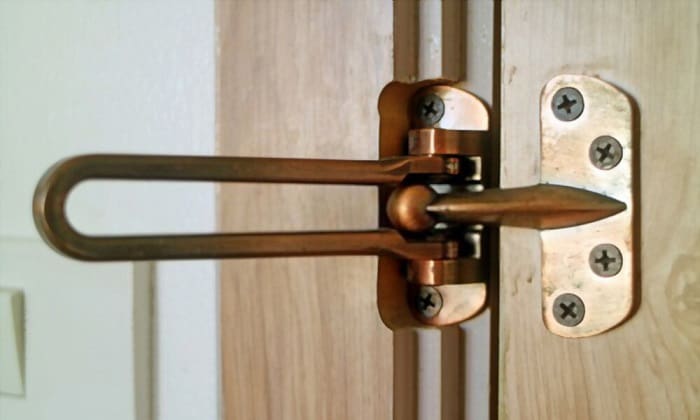 The tricks mentioned above can also be used when unlocking a swing bar, which is also a common fixture in hotel rooms.

Surprisingly, it’s so easy to open a latch lock from the outside that even a kid can do it with enough practice.

A chain lock or a swing bar should only be used as a secondary lock given that they can be easily undone. Be that as it may, knowing how to open a chain lock from the outside is more than just a trick. It’s a trial-and-error at first but a solid skill once learned. 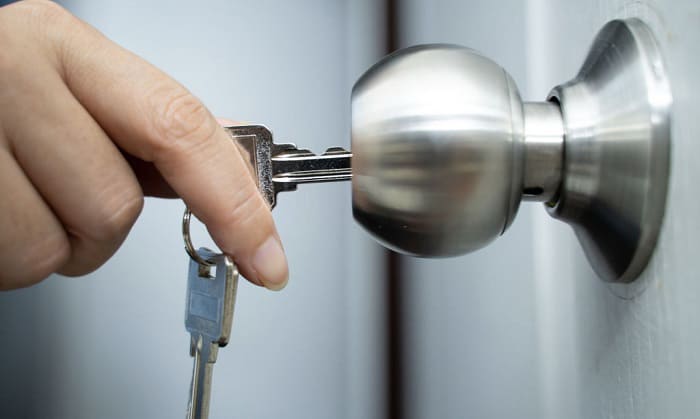 How Does a Door Lock Work? Things You Should Know!

If you wonder “how does a door lock work?” here is the answer: when the door is locked, a part … Read more 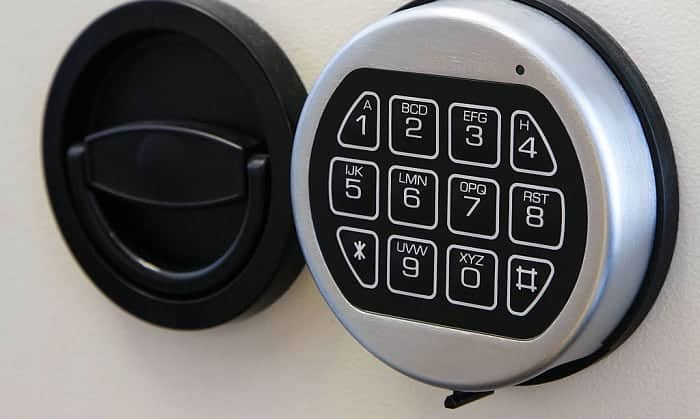 Over the years, advances in technology have proven beneficial and detrimental in providing security. A lock deemed impeccable in the … Read more 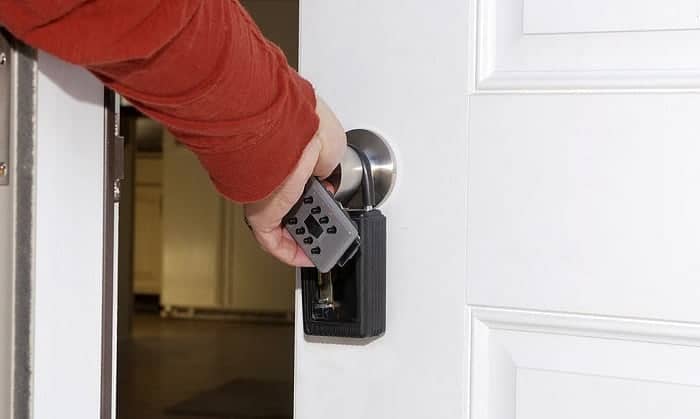 How to Open a Lockbox without the Code in Only 3 Steps?

Want to know how to open a lockbox without the code? You need to purchase or create a lock pick. … Read more 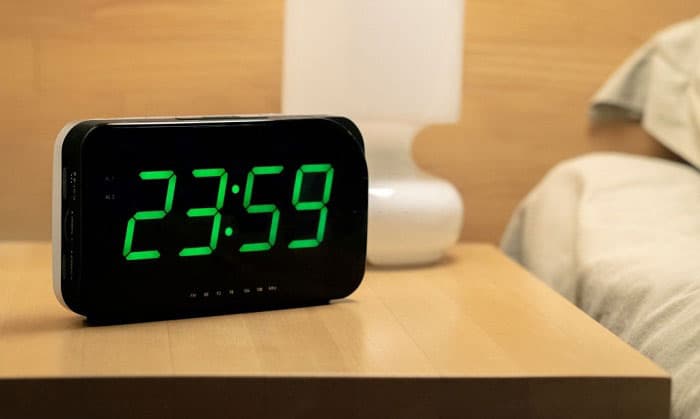 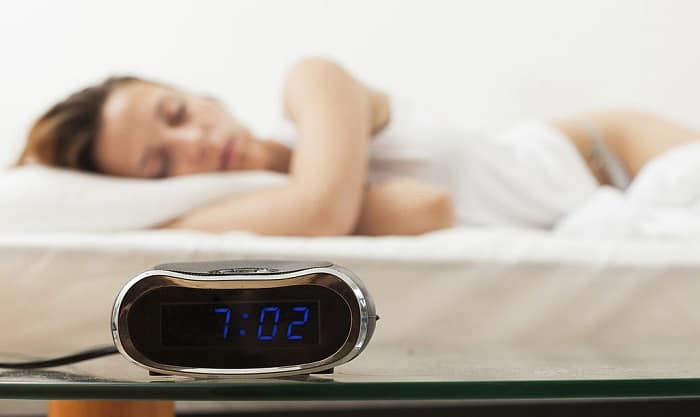 The Best Bluetooth Alarm Clocks You Should Own One

Bluetooth alarm clocks are favorite devices among many homeowners. These items offer an effective way to play music while ensuring … Read more 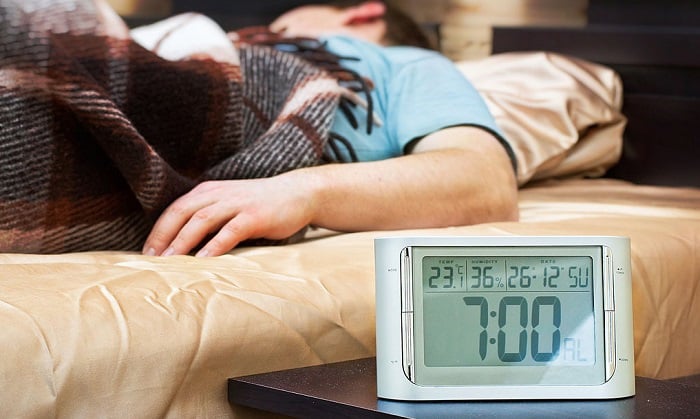 The Best Nature Sounds Alarm Clocks for Your Sleeping Sessions

It’s not uncommon for an alarm clock user to be dissatisfied with their waking-up sound. In most cases, it’s a … Read more 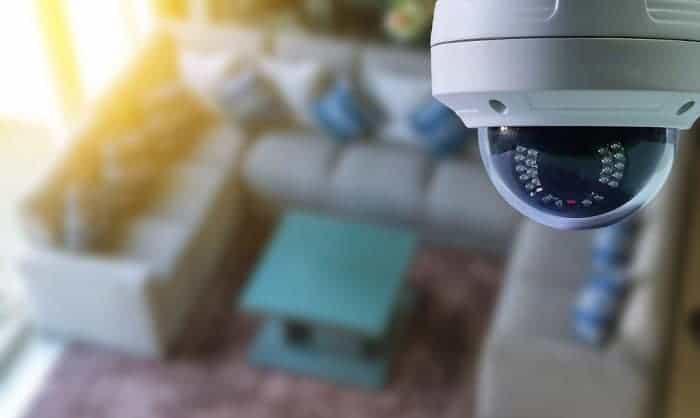 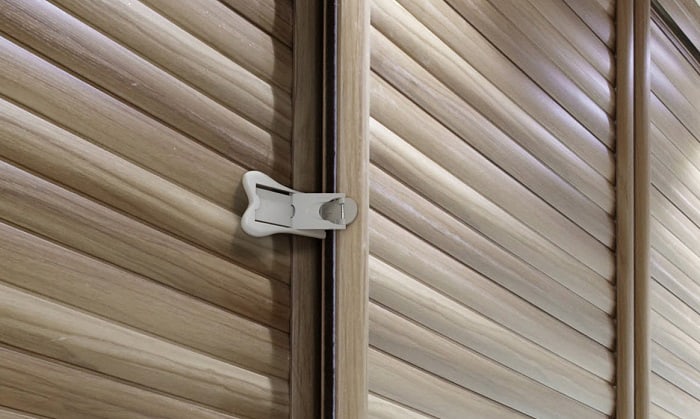 Sliding closet door security isn’t often on the forefront of a homeowner’s mind. But it’s an essential piece of keeping … Read more 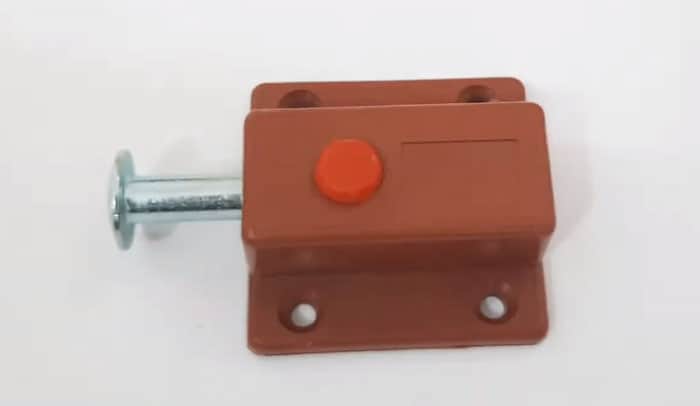 How to Pick a Push Lock? Super Timesaving Ways to Follow at Home

Do you want to learn the easy ways on how to pick a push lock? Although a push lock may … Read more 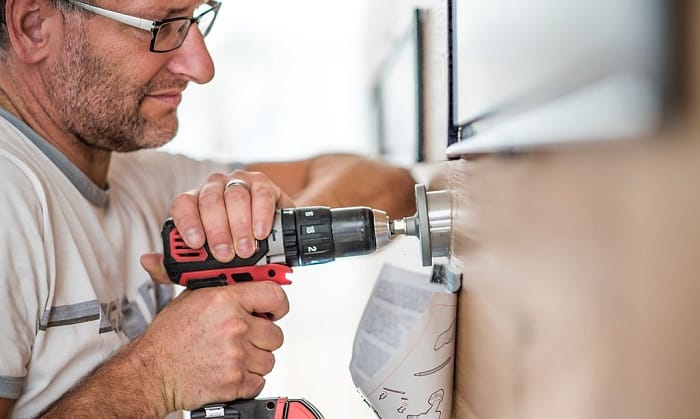 How to Replace a Front Door Lock With a Keyed Deadbolt? 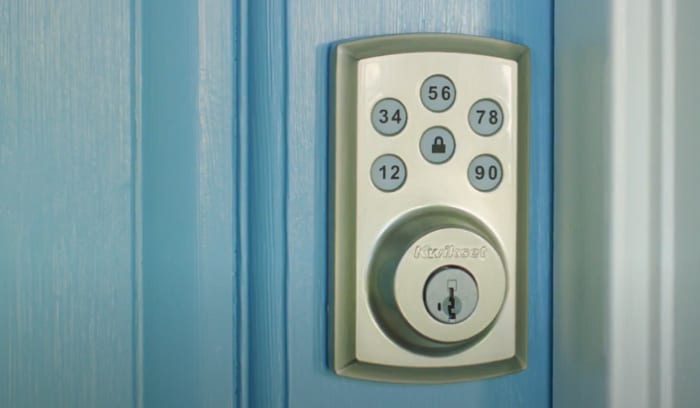 When the code of your Vivint lock is not working, fret not as you can easily change it – it’s … Read more