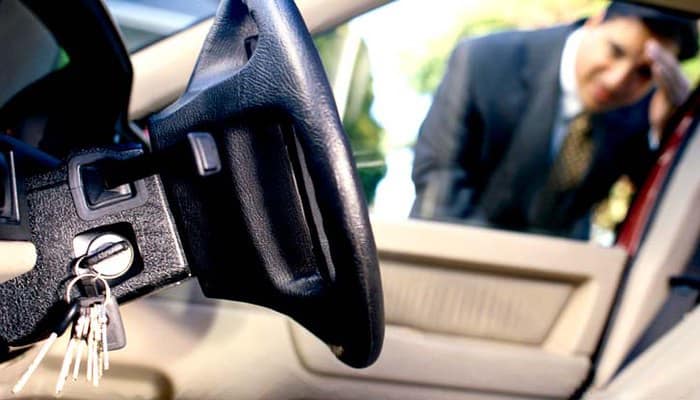 You have probably seen it in movies and wondered how the characters could easily unlock a car with some kind of metal stick.

It’s not something that can happen only in movies because, with the help of a slim jim tool, you can easily master the trick of unlocking a car. Hopefully, you do so sparingly and only during times of trouble.

The technique is not rocket science, and knowing how to use a slim jim on power locks can come in handy in any situation. It’s a skill, after all.

Step-by-step to Use a Slim Jim on Power Locks

The things you need to test your unlocking skills are the slim jim and a car or any vehicle as your guinea pig. A slim jim car door opener is a standard locksmith tool, so you can easily purchase it online or in the nearest hardware store.

It’s better to use a blade-type tool with a grip.

The slim jim will have a challenging time on electric locks, but that doesn’t mean it will give up. Carefully follow this guide to avoid botching up the task, and you won’t end up damaging your lock rod.

When you use a slim jim on a car, you need to be extra careful if you don’t want the window scratched and the lock mechanism compromised. Knowledge is power, so be ready with your vehicle’s diagram.

Assuming your car does not have plates or shields against slim jimming, then you’re good to go. You just need to familiarize yourself with the position of the wires to avoid hitting them as you try to hit the lock. 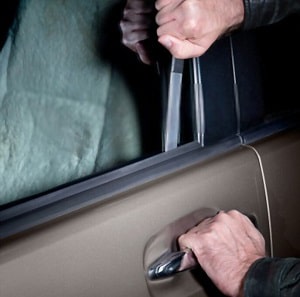 The slim jim goes between the window and the rubber seal. It’s tricky to unlock a car with a slim jim, more so when it has a power lock. Don’t fret because you have the diagram as your guide.

Make sure that as you navigate the tool, you’re not hitting any of the wirings. If you hit something and feel stuck in a certain part, pull the slim jim and feel free to restart. 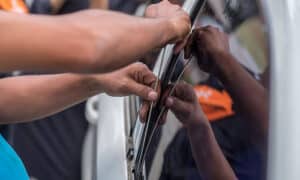 The slim jim has a hooked end, which is your pal when you move the tool left and right and up and down until reaching the lock rod.

It’s not about gut feel when wiggling the slim jim, but when the lock rod is already hooked, that’s the sign you need to pull the tool.

At this point, the lock button will pop up, and you can now open the door. It’s not easy for first-timers, but with enough practice, you can do it in a jiffy.

If your car has some kind of shield or plate that prevents slim jimming, it’s best not to take the risk and just hire a professional to unlock your vehicle.

To use a slim jim to unlock a car as a beginner might compromise the lock mechanism, and you might end up doing more harm than good. Also, be careful with abruptly pulling the tool as it might damage some levers and rods on the door.

Take your time when using the slim jim, especially if you’re practicing. You have the diagram, after all, so there’s no need to do trial-and-error. Patience is the key… especially if you don’t have the car keys.

Slim jims can easily be used in old cars because they have traditional lock mechanisms. However, even cars with modern lock systems can be hacked by this tool.

Some newer cars were made to have barrier locks against lockout tools, with the aim of protecting it against forcible entries.

Even so, with the help of your car’s internal wiring diagram, you can still use a slim jim to unlock it. It’s believed that the tool has been around since the 30s or 40s, and it probably does not want to be outdone by modern locks.

If you know how to use a slim jim on power locks, you’ll be gifted with a skill not anyone has. After all, most people won’t dare attempt to jack their locks. As such, if you aced undoing a power lock, it will be easier for you to unlock old cars.

Though the slim jim is slowly becoming a stranger to modern cars, you might still want to have it in your garage just in case. It has been around for a long time and remains a reliable pal on the road.