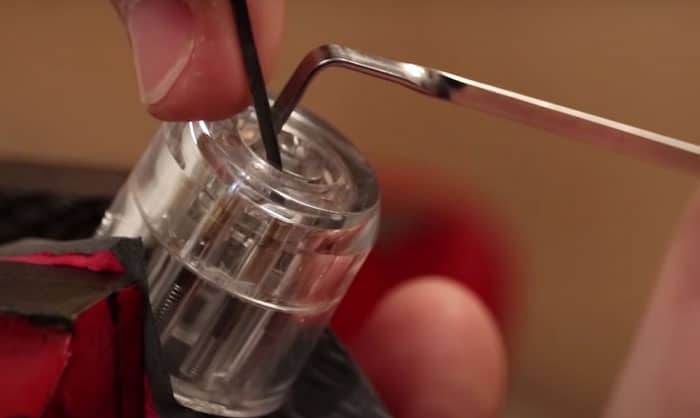 Do you want to know how to open a circle lock? Circle locks, also known as tubular locks, work differently from standard locks. They are typically used in public places because they cannot be easily opened. However, you can open a round lock without key by picking it with a circle lock pick or with a pen.

Before you call a locksmith, you can try our tutorial first. The methods below will help you pick circle lock, especially after losing your keys. Before tampering with any lock, ensure that you own it to prevent any future problems.

Before you pick a circular lock, there are items that you need to prepare first. You cannot proceed to the tutorial without these items. If you don’t have them inside your house, you can purchase them at the nearest hardware store in your area.

The tubular lock pick must have the same number of needles as your tubular lock. If you want to use the pick for a long time, make sure that it is stainless steel. It is also better if the friction ring of the lock pick can be adjusted so that you can set it to light or full lock.

If you don’t have any tubular lock pick, you can make use of a ballpoint pen. The diameter of the end of the ballpen must be smaller or the same as that of the tubular lock so that it can fit easily.

If you use a ballpoint pen instead of a lock pick, prepare a pair of scissors. 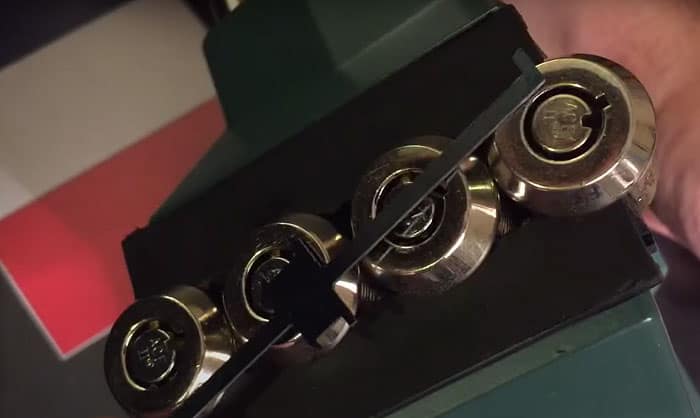 To calibrate the lock pick, you need to unscrew the tension on the o-ring. Move the spiky needle against the o-ring collars by sliding the circular washer on the rubber handle. Make sure that the needles stick out from the pick. Align the needles, then tighten the o-ring. Prevent compressing it too much so the needles can move in the lock.

Step 2: Insert the pick into the tubular lock, then unlock the lock

Slowly insert the pick into the tubular lock, ensuring that the picking needles align with the pin stacks. Push the pick inside until you reach the end of the lock. Once done, rotate the pick deliberately in left and right directions while removing it slowly to help the pins reach the shear line. Do this until you have successfully opened the lock.

After opening the lock, remove the lock pick. To know the lock’s depth, tighten the o-ring and measure the protruded needles. You can use this measurement in creating a new key yourself or have a locksmith do it.

To create your circle lock pick out of a pen, remove the ink tube inside, then cut the pen’s end with scissors. Create four notches by cutting the back of the pen vertically. Check if the pen is flexible enough for insertion into the lock. If not, cut them more until the pen becomes flexible.

Note: It’s tougher to open a lock with a ballpoint pen than with a regular lock pick.

Step 2: Insert the homemade lock pick inside the lock, then unlock

Can I open a circle lock by drilling it?

Yes, you can open a circle lock by drilling it. You can use a piloted hole saw or tubular key lock saw. However, you may damage your tubular lock permanently. If you want to preserve it, the best way to open the tubular lock is by picking.

Does the ballpoint pen work on any tubular lock?

Unfortunately, a ballpoint pen can only open older tubular locks models- specifically, those manufactured before 2005. If you have a sophisticated model, you need to use a special tubular lock pick.

Did you find our tutorial on how to open a circle lock helpful? Tubular locks are more difficult to open compared to standard locks. But with the use of the right tools, unlocking them is not a problem. Following each step carefully will also help you get into your house quickly.

Do you have friends who need to learn how to pick their tubular locks? You can share this post with them. We also want to know which part of the tutorial you found enjoyable. Just leave a comment below.