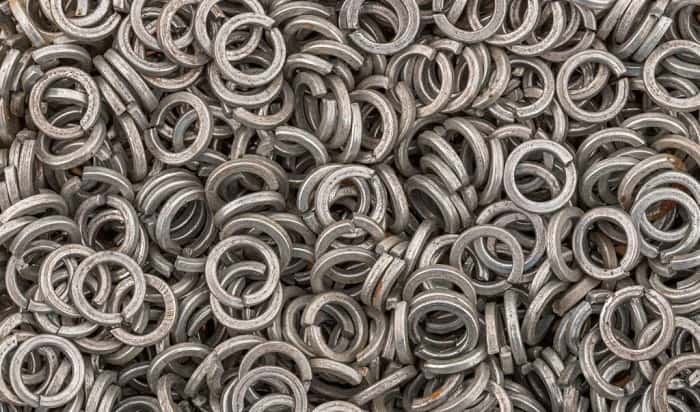 Tinkers know that nuts and bolts have another friend to make their relationship tight, literally. Washers make that trio and these disc-shaped plates with a hole in the middle are used to distribute the load of the bolt or nut.

Though named after the word related to cleaning, few people are aware of the etymology of the washer. What most are certain, however, is its effective use not just in load distribution but in making sure that nuts and bolts won’t easily loosen.

There are many types of washers but this article will focus on the most common: flat washer vs lock washer.

Why Do We Need Washers?

Most people not used to tinkering probably don’t know the purpose of flat washers and lock washers. Even those who already saw these hardware materials in action are still unsure of what they do.

As with life, stress might affect the rigidity of a surface. When the pressure or stress, for that matter, is lessened the surface is protected from damage. All in all, washers act as a support for bolts and nuts and as protection for the surfaces of pieces you’re working on.

You have probably seen lock and flat washers used for common repairs and maintenance of some home items. They are straightforward materials and not even a manual is needed during their installation.

What is a Flat Washer? 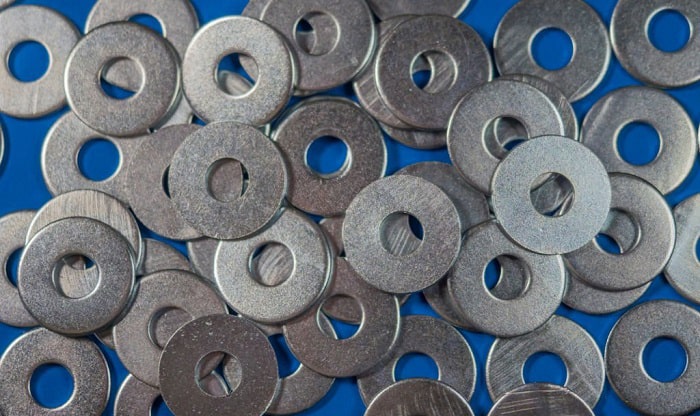 What Does a Flat Washer Do?

It is commonly used in general manufacturing and aside from load distribution, it also helps in the reduction of friction and heat during the screwing process. Tightening, after all, puts so much pressure on the surface and a washer helps to lessen it.

Concerning friction and load distribution, a flat washer also increases the bearing size of a screw as it is being tightened. That way, the bolt won’t loosen and sink when there’s too much pressure. In a way, that helps on the workpiece’s long life.

Remember about how stress causes damage? A flat washer helps in lessening pressure and stops the loosening of bolts.

What is a Lock Washer 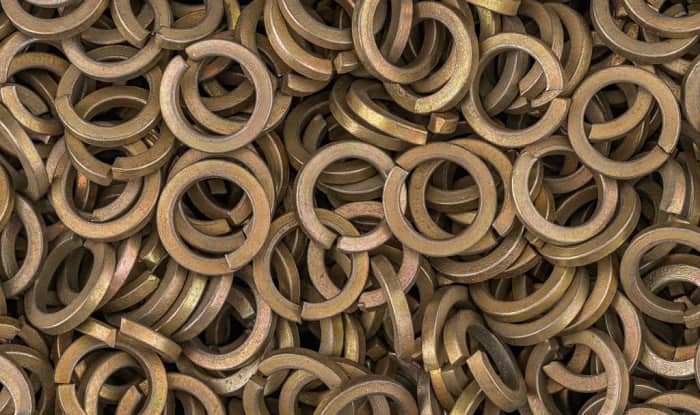 Lock washers, unlike the flat ones, have a coiled design, like a metal ring. It has a split on one side; imagine a letter Q without its tail or a hooped earring.

You have probably seen lock washers used for parts of automobiles, if not in some home items. Also called a spring washer, this piece of metal is also useful in load distribution.

What Does a Lock Washer Do

Much like the flat ones, a lock washer helps in load distribution and increasing bearing size. Furthermore, it stops the bolts and nuts from being wiggly.

Loose nuts and bolts can easily slip and turn due to continuous movements, say in a vehicle. As such, lock washers are used as a countermeasure for vibration, which oftentimes causes loosening.

So, when to use lock washers?

These washers are either made from stainless or nickel-based alloys. They are reliable, but there are key differences, especially in appearance, when choosing between a lock washer vs flat washer.

Can You Combine the Two?

If you want nuts and bolts to remain where they should be, you can combine a lock washer with flat washer. It won’t hurt, anyway, and will help ensure everything’s in place.

Some people would use just a flat washer, and that’s fine if the surface they’re working on is stable. Others, meanwhile, would only use a lock washer when there’s too much vibration, like in a washing machine.

But why not combine the best of both worlds? Others are not a fan of a flat washer lock washer nut order because they say that the lock washer will press hard on the flat one, leaving its “locking” capability less effective, thereby contributing to loosening.

On the other hand, supporters of combining these washers say that it helps in lessening corrosion on surfaces that easily rust. Meaning, that when there’s a flat washer in place, the lock washer will be spared from the rusting of the surface.

Only you can decide if combining the two is effective because it will depend on the surface you are working on and how prone it is to vibration, torque, and such.

The only debate about flat washer vs lock washer is if they can be combined when working with nuts and bolts.

To reiterate, a flat washer helps in load distribution and lessening pressure, while a lock washer “locks” nuts and bolts in place even if there’s too much movement. Even if stress, pressure, and vibration join forces, these washers know how to stand their ground.